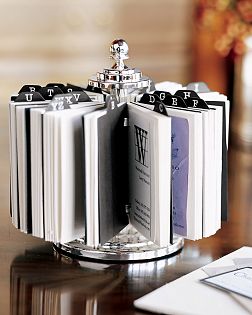 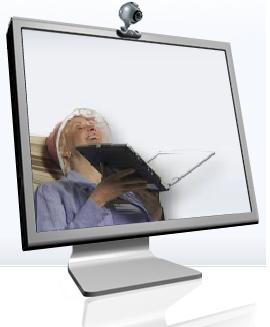 Go to www.InterviewTrue.com and with a Webcam and a PC, you can prep for that upcoming job interview live. Choose from more than 1,000 questions or let the site pick them randomly for you.  The site also divides questions into categories and by experience level.

After the interview, you can e-mail your recording to friends for feedback or link it to your online resume (for a virtual interview). The service offers a free 24-hour trial, but a six-month subscription costs $19.95. 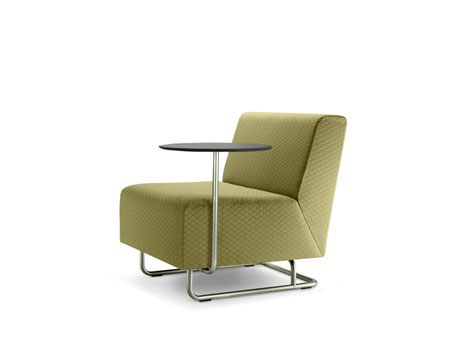 Many a great idea has been scribbled on a cocktail napkin at a bar. Bring that atmosphere into your office with the Bix collection by Metro Furniture. The pieces are designed to feel like dining booths to create a more interactive work environment. 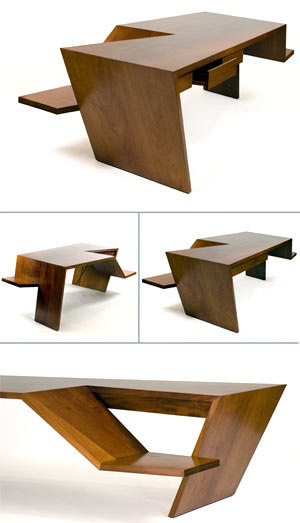 There's a certain age (like newborn 'til when they can drive)  when you just can't get any work done if there's a child screaming for you in the other room. Architect Charles Rose's Executive Mother and Child Desk allows for some personal space - for you and Junior. You can type away and he can scribble at arm's length. (And you'll be right there when he screams for a different color.)

Americans view firefighters and doctors as having the most prestigious professions, according to a recent Harris Interactive poll.

When read a list of different occupations, 63% of respondents to the telephone poll said they feel firefighters have "very great" prestige, while 58% said doctors do. Other professions that were seen as having very great prestige included: nurses (55%), scientists (54%), teachers (52%) and military officers (51%).

Actors were seen by the largest percentage of people (37%) as having "hardly any prestige at all," followed by real-estate brokers at 32%.

Harris Interactive has been asking about the prestige of different professions and occupations since 1977. Over the course of that time, teaching is the only occupation that has seen an increase in prestige, rising 23 percentage points to 52% since 1977.

Here are the results of the latest poll.

I found it interesting that the most "prestigious" jobs were not necessarily the highest-paying jobs. At what price prestige? ;)

The Pininfarina Group, responsible for the sleek design of select Maserati and Ferrari automobiles, has crafted an office chair, the Xten office chair, that's much cheaper than the Ferrari you've been lusting over. The chair is available in four colors, including racing-stripe red, from Relax the Back stores. (OK, it's just red, actually, but for $3,000 I'm trying to build you an experience here. Geesh.) 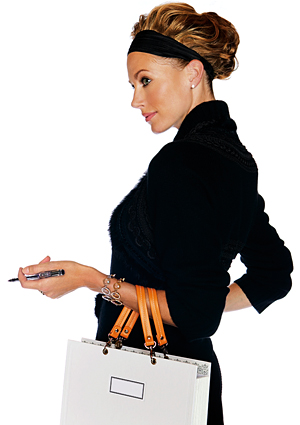 I would probably have to look for an excuse to take this somewhere, but it is cute. Lug papers back and forth to meetings without losing sight of your fashion sense with the Audrey Expanding Five-File Tote. A graceful alternative to a briefcase.

Protect and Preserve Your Business Cards 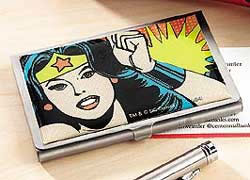 Show them you mean business. First impressions count. People will see you as the wonder-ful woman you are...or else. ;)

Just Saying No To Retirement

The American Association of Retired Persons (AARP) recently reported that 80% of baby boomers plan to work past age 65, and Merrill Lynch says 13% plan to start a business in their golden years.

And retirement itself is a young concept, formalized during the Great Depression to open up jobs for younger workers. But when Social Security was created in 1935, 65-year-old retirees lived, on average, another 13 years. Today it's 20 years.

Right now, they say there simply aren't enough young people to fill the positions that older workers are vacating - nor do the ones available usually have the right skills. (Or that's what the old guys say anyway.)

Ready for an office upgrade? I am. I think I might just have to have this plastic fish tank with mini office decor by Fred Flare.

I can spend the day watching my fish hide under the desk, just like I do. ;)