The Bio-Metric Scanner Room Guard announces when nosy brothers or sisters are trying to enter - but it allows silent entry to the person whose hand matches the 5-finger pressure-sensitive password. An alarm sounds if an intruder tries to enter!

What more can you ask for from your own micro robotic creature?

Hex Bugs are two-inch tall robo-insects that flee from noise (like a hand clap) and avoid objects in their way as they crawl and skitter across the floor.

Five "species" of Hexbugs are available.

Because sometimes you just HAVE to break out the crayons...

The Acme Crayon Pen - available in silver and black

The Toy of the Millennium

Here's a YouTube preview of Hasbro's re-release of the Millennium Falcon toy (first released in 1979). Now the cockpit actually fits four heroes and the lights flicker just like on the real ship when the engine sputters. The new Falcon is about a foot longer and will cost about $150 when it is released on July 26.

Taters of the Lost Ark 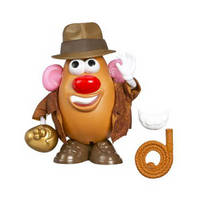 Unearth this daring Tater from its packaging and use your imagination to create all sorts of wacky looks fashioned after the famous action hero. Complete with bullwhip and gold-colored idol in hand, this silly character can sport his jacket and fedora. Press and release the fedora to hear three different short segments from the “Indiana Jones” theme song – or hold it down to hear it play straight through.

How to build a Sherman tank 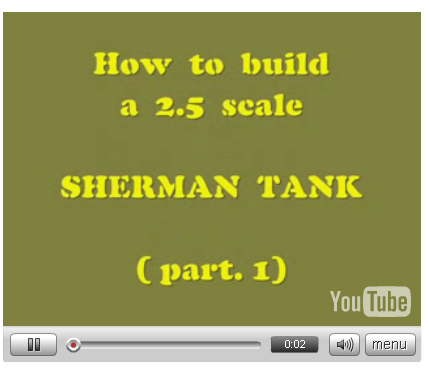 I never knew I needed a Sherman tank replica - until I watched this video... ;) 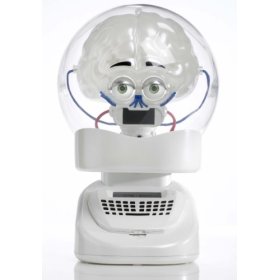 Brian the Brain is a dictionary, an encyclopedia, an alarm clock, a speaker phone, a room guard and a music player. (Not to mention the games, trivia, and jokes.) 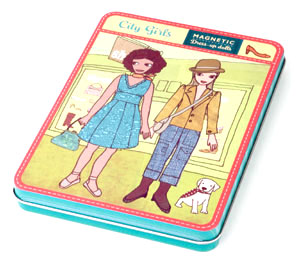 I loved these magnetic dress-up dolls when I was a child. I guess they were the Nintendo DS for girls back then, because I had several sets. My very favorite one was Holly Hobby though. I still remember the sleek black of the background and how the vinyl magnets felt in my hand.

Now they've been gussied up to appeal to today's modern girl. Mix and match outfits, wigs, accessories, and even pets to create new looks for two city girls on the go. Four backgrounds - a flower vendor, shoe store, cafe, and an evening street corner by lamplight - show off the ensembles.

It's Hot Wheels 40th anniversary - and it seems like they've got a team of 40 law firms working on the ol' site in its honor. I wen to the Web site to show you the really cool $140,000 car they created in honor of their anniversary. That was pretty much all I wanted to talk about - until I tried to post the image here.

I got this really cool pop-up that said, "This image is copyrighted, and it is owned by Mattel. You may not reproduced, distribute, publish, transmit, modify, adapt, translate, display, sell, license, publicly perform, prepare derivative works upon, or otherwise use or exploit this image."

Sheesh. I thought I was just going to show everyone the cool car. How the hell would I publicly perform the car anyways?

If you're lucky enough to have a beach house... 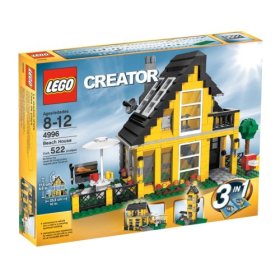