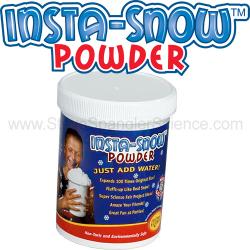 It's damn hot in Mississippi now. "Africa hot," as Neil Simon characterized it in Biloxi Blues. But now we can just create our own blizzard with Insta-Snow Powder.

Just add water, and the powder fluffs up to 100 times its original size. 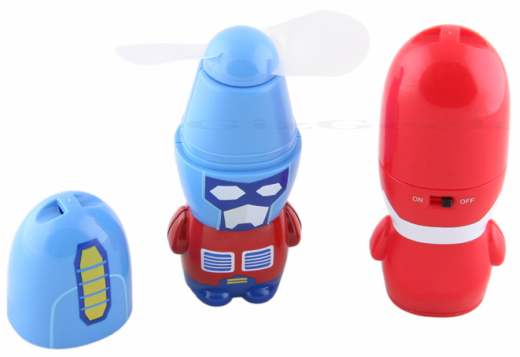 Let these heroes keep you cool on a hot summer day. I know, I know. It looks like a USB gadget. But it's actually a pocket fan with plastic blades (and a neck strap, if you want to make it a fashion statement too!) ;) 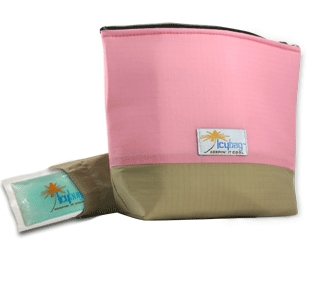 Those of us who live in the South know that that time is just around the corner. You know...the time where if you leave makeup or lipstick in the car in the morning it turns into liquid goo by 5 p.m. (when you finally remember that you left it in the car).

But not with IcyBag - the only insulated and chilled cosmetics bag. Also great for medications too.

The Hat with a Breeze 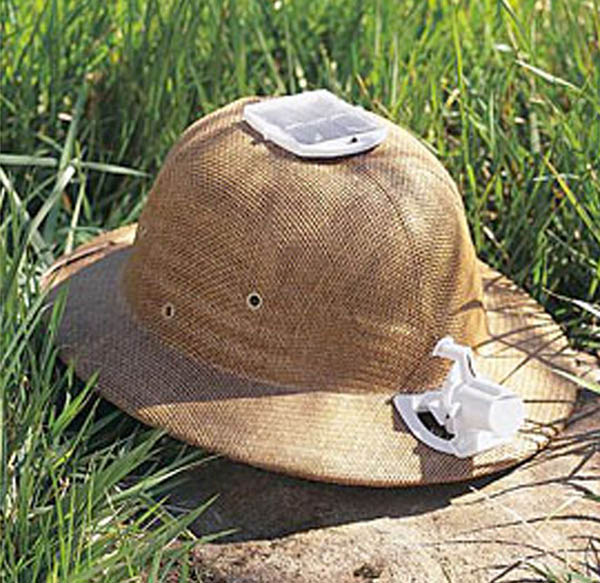 This safari-style hat is solar- and battery-powered to ensure that you stay cool in the heat. The Cool Hat utilizes solar cell or 2 'AA' batteries (not included) to power a small fan that directs a constant breeze toward your forehead to cool you. This fan will have your front porch staying cool AND looking cool. Three-speed motor lets you adjust the breeze to your liking. Metal and resin, handcrafted and hand-painted in a rich brown finish. 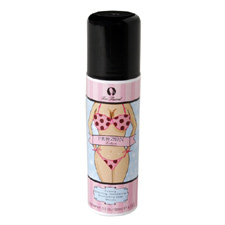 Kill two birds with one stone...cool off on a hot summer day AND moisturize too with Too Faced Frozen Lotion. The aloe-infused mousse feels as chilly as a frozen margarita and leaves behind a sexy, glistening sheen.

Jackson, Miss., is the 26th sweatiest city in the nation, according to a study conducted by Old Spice deodorant. Phoenix, Ariz., came in first place. Texas is the sweatiest state - with 10 cities making the list.

The ranking is based on the assertion the average resident loses 26 ounces of perspiration on a typical summer day.

In my Half-Crazy running group, we've been training for our first 5k - the Watermelon Crawl - on the 4th of July. Even at 7 a.m. and 6:30 p.m., it's very hot. I have never in my life (until now) sweat so much that I actually have traces of salt left on my skin when I cool down.

If you're in the Jackson area and would like to join us, just let me know. Our group is growing and we have added a weeknight run for those who can't make Saturday. We meet at Saturday at 7 a.m. in front of the Reservoir Y for what is now a six-mile run (but will have to increase if we are going to make a half-marathon). We also meet on Tuesday nights at 6:30 p.m. at the Ridgeland High School track. Most of us are training on a two-minute run/one-minute walk schedule but we do have some walking the whole time and some running the whole time, so whether you're a beginner or a pro we can find a group for you.

As a group, we will run the 5k on the 4th of July and the Lake Caroline 15k in November. Our first half-marathon will be the St. Jude's marathon in Memphis on December 4 (which I will run in honor of my 37th birthday on Dec. 3). We are also planning on the Mardi Gras Marathon in New Orleans in February of 2007.

Let's move Jackson up the charts this year. Come make it an even sweatier city! ;)

You know you are in Mississippi in July when...

Be More Chill (In Style) 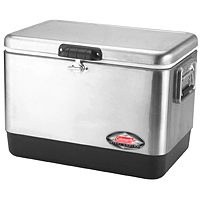 The Coleman Steel Belted Cooler is a re-issue of the classic ice chest with a rust-resistant stainless-steel case and thick insulation that keeps beverages cold FOR DAYS. And it's easy on the eyes too. 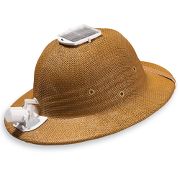 With cooling abilities far beyond the average sun-shading hat, this is the safari-grade helmet that harnesses the rays of the sun to power a miniature fan that keeps you comfortably cool while at the beach, on a hike, gardening, cheering a sporting event, or any other outdoor activity. The hat has a whisper-quiet motor powered by four compact solar panels on top. In the evening, or on a cloudy day, the fan is powered by two AA batteries (not included).

As lighting conditions change, you can easily switch between solar and battery operation with a flip of a switch. Crafted from weather-resistant coated linen straw for reduced weight and the highest degree of breathability. Imported. 5" H x 11 1/4" W x 13 1/2" L. (8 1/2 oz.)

Father's Day is coming up!