What do you cook when you camp? 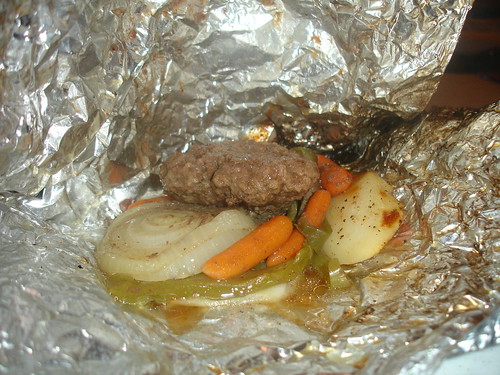 Now that the weather's so nice, we're all ready to head outside again. (But we gotta do it quick before it gets TOO hot!) I got a big campfire Dutch oven pot for one of my Valentine's Day gifts (don't worry...I asked for it) and have not broken it in yet.

When my son was in Cub Scouts, I was the den leader for many years and went through B.A.L.L.O.O. training one weekend. I overheard one of the guys complaining about the cooking instruction, saying the food was for "car campers." (This was not a compliment.) He then said, "There's two kinds of campers. Those who hike to eat and those who eat to hike."

I've done both, but I much prefer the former. ;) So, I'm gonna share some recipes I've used (and found) recently, but I want you to share, too... What do you cook when you camp?

Campfire Cobbler
Dump two cans of the pie filling of your choice on the bottom, dump a yellow cake mix on top of that. Do not touch or stir. Slice a stick of butter on top. Cook over campfire for an hour or so. You've got campfire cobbler!

My latest Sunset magazine had a few tasty campfire recipes too...

Hobo-Style Bananas Foster
A rectangle of foil with a split banana, brown sugar, butter, cinnamon and a splash of dark rum.

Camp Potatoes
Cut up potatoes with butter, salt, pepper and onion in foil

Camp Cabbage
Wrap a head of cabbage in foil with onion soup mix and butter and throw it in the coals.

Dutch Oven Chicken Pot Pie
Add cubed chicken, cream of chicken soup, canned veggies, potatoes and onions. Cook over the edge of the fire about an hour. Place biscuit dough on the top. Put the lid back on and place coals on the lid, about 20 min., until rolls are cooked.

Play your chess and eat it too Each piece can be made into biscuits. Not only do you have the satisfaction of taking a piece, but you can eat it as well! 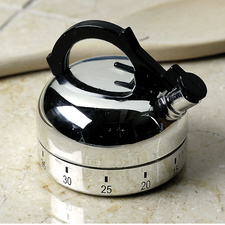 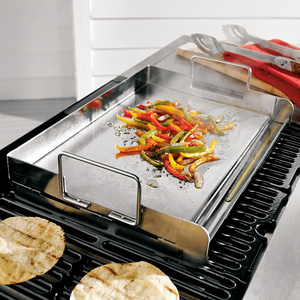 Turn your grill into a griddle. Or stir-fry pan. Or Cheesesteak Maker. Or Fajita Feaster. "If the bread is bad, the whole of life is bad."
~ Henry Miller

The Grand Prix de la Baguette de la Ville de Paris in an annual competition amongst Parisian bakers and pastry chefs, created to promote the art of the baguette. More than a hundred bakers compete in the contest. Each contestant submits a traditional French baguette, which, according to contest rules, must measure exactly 70 centimeters long, weigh between 250 and 300 grams, and consist of nothing more than wheat flour, salt, water, and yeast.

This year, the award went to Anis Bouabsa. His secret? He lets the dough ferment for up to 30 hours, as opposed to the conventional three. The extra time amkes for a more flavorful and delicately textured braid, the 28-year-old baker says. His winning loaf will be served on the table of French president Nicolas Sarkozy every day for the next year (until next year's winner takes over). 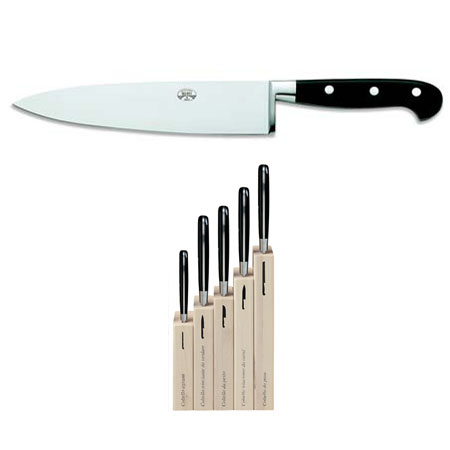 This is cool. Each hand-forged knife by Coltellerie Bertie comes with a magnetized, embossed block - so your knife block grows as your collection does. (Which will be sloooowly for me as they are quite expensive.) 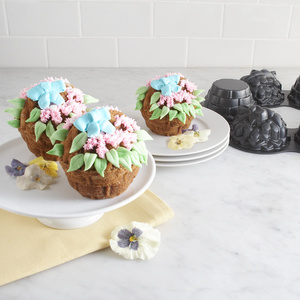 Handy space-saving gadget allows residue from the utensil to drip back into pan. Stainless steel and silicone; heat resistant to 600°F. Dishwasher safe.

The Füri Rachael Ray Froggy Mezzaluna Knife and Cutting Board makes everyday chopping tasks quick and easy - and fun! The rubberized bright green handle with antimicrobial protection can be used with one hand or two, and features Rachael's exclusive “Gusto Grip.”

The reversible wooden chopping board is designed with a curved bowl for easy chopping- flip it over and use the flat surface for additional chopping with a knife. Plus, a non-slip mat prevents the board from sliding on counter surfaces.

Take the "bored" out of cutting 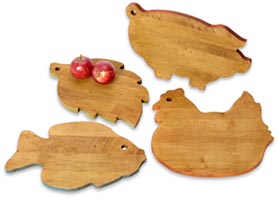 These hand-crafted maple slabs are treated with food-safe antique stain, a retro-colored edge, and are lightly distressed to add character. Sold individually or as a set.