« Pinterest vs. Reality | Main | Gorgeous time-lapse is a "Love Letter to the Fog of the San Francisco Bay Area" » 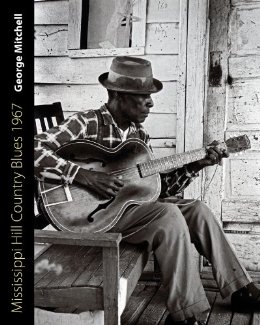 The exhibition showcases photographs that George Mitchell captured in the Hill Country of Mississippi over 13 days in the summer of 1967. In addition to the photographs of renowned blues musicians such as Jessie Mae Hemphill, Ada Mae Anderson, R.L. Burnside, and Joe Callicott, exhibition visitors will have the opportunity to hear original field recordings by these musicians as captured by George Mitchell. The recordings and photographs he collected depict the artists and the environments that influenced the Hill Country Blues.

"The field research trip that my wife Cathy and I took to Mississippi during the summer of 1967 was one of the most fascinating and memorable experiences of my life," said the artist. "We found, recorded, photographed, and interviewed so many great musicians in this brief period of time that it was almost unbelievable. Just as amazing was how the very nice people in the region welcomed me, volunteered to help me, and made me feel at home."

George Mitchell has recorded and photographed many blues singers across the South in Tennessee, Alabama, and throughout Georgia. While preparing to move from a house he had lived in for 35 years, he rediscovered a large collection of photographs that were taken on that trip to the Mississippi Hill Country. Upon completing its run at the Museum in Jackson, the exhibition will tour the Museum's Statewide Affiliate Network until June 2015.

Over the last decade Oxford's Fat Possum label reissued all of the recordings made by Mitchell in Memphis, Mississippi, Alabama, Georgia and elsewhere via CDs, LPs, and a boxed set available either on CD or 45rpm singles.

On Tuesday, August 20, 2013, from 5:30 - 7:30 PM, George Mitchell will visit the Museum to participate in a special Unburied Treasures program and book signing of Mississippi Hill Country Blues 1967. The program features an artwork from the exhibition, complete with a guided tour of the galleries by the artist, where he talks about the musicians he interviewed and photographed in north Mississippi. Award-winning musician Cedric Burnside will share memories of performing with his grandfather, R. L. Burnside, answer questions, and demonstrate the blues music of the Mississippi Hill Country. This program is free and open to the public.

Here's a Spotify playlist to get you to August...

Shawn Zehnder Rossi! I love this! I'm Hunter Murphy and I tweet for @BPL. I'm the one who called you a Marvelous Blogger and a Great Southerner today. :) You deserve even more superlatives for this piece here on the blues. I'm really crazy about your blog here. I would lean more to the idea that it's "everything" rather than "nothing." :) You are too cool for high school. Speaking of school, I got to see RL Burnside in 1995 at Sewanee. He sat on a folding chair at the edge of the stage and absolutely made his guitar sing for two hours. It was an experience to remember.

Thanks for connecting with my library! I hope you're having a brilliant summer in Brandon with your fam.

Take care of yourself.