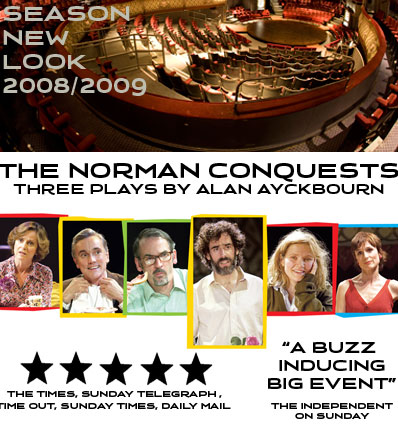 Kevin Spacey won a drama award recently for reviving London's historic Old Vic Theatre. He was given a special prize at the Evening Standard Theatre Awards "for bringing new life to the Old Vic."

Spacey took charge of the theatre in 2003 and began a series of acclaimed productions (including the recent revival of David Mamet's Speed-the-Plow starring Spacey and Jeff Goldblum). The theatre is currently showing Alan Ayckbourn's The Norman Conquests.