I get by with a little help from my Twitter friends... 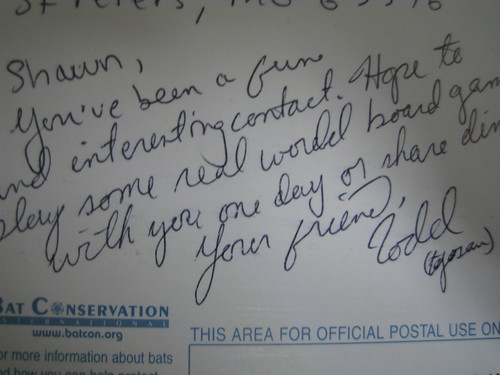 Todd offered to send a postcard to anyone who wanted one. (Of course I wanted one!) ;)

He and I were online chess buddies until he beat me so many times it didn't feel even quite like a game anymore. I told him I would like to think it was making me a better chess player - the repeated beatings - but I think it just made me humbler in the end. ;) 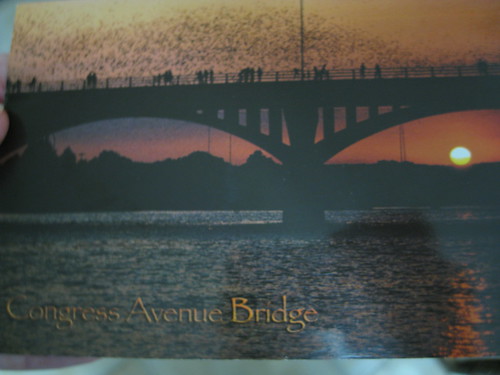 Thank you for sharing. This really makes me smile, and warms my heart. I love bringing a smile in turn.

About the chess, I so have to take a different approach to help you learn.

May there be more communications between us of joy and sharing.
Yours,
Todd