Art in Mississippi: Will Henry Stevens 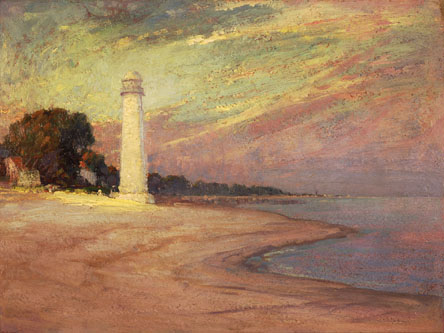 Will Henry Stevens is among the many artists from New Orleans who often painted scenes from the Mississippi Gulf Coast. Stevens was from Ohio and Indiana but he joined the faculty of the Newcomb College of Art in 1921.

In 1929, he was given a one-man show at the Lauren Rogers Museum of Art. The painting above was done during his first year at Newcomb. He retired from the school in a year before his death in 1949.