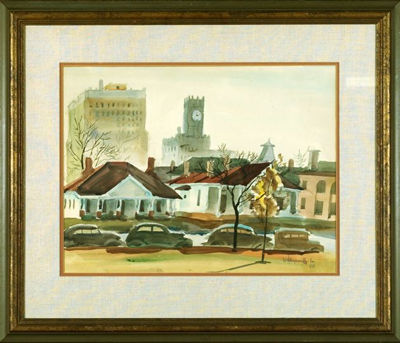 William Hollingsworth, Jr., and Eudora Welty were Mississippi contemporaries who began their careers in the arts almost simultaneously. Just as the Great Depression struck the nation, both were finishing their educations in big cities—Welty at Columbia University in New York, Hollingsworth at the school of the Art Institute of Chicago.

In 1958, after seeing a large posthumous exhibition of his paintings at the Jackson Municipal Art Gallery, Welty wrote a critical appreciation piece that was published in the Clarion-Ledger (and was later re-printed by the University Press of Mississippi as On Williams Hollingsworth Jr.).