The play is the thing 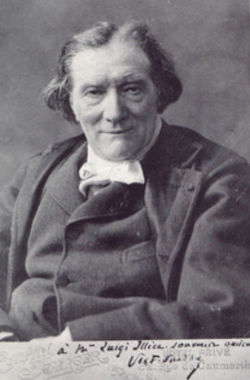 Proust keeps throwing in references to "Sardou's plays." I had never heard of Sardou. He was a French dramatist best remembered today for the play La Tosca (on which Giacomo Puccini's popular opera of the same name is based).

Interestingly, the fedora hat is named after another of his plays. Fédora was written expressly for Sarah Bernhardt, as were many of his later plays.

Posted in Proust of the Day | Permalink