To fully appreciate Rene Magritte's "The Eternally Obvious," you have to see it in person. It's five really large framed panels. Although the body is cut into pieces, you really see a whole body when you're looking at it on the wall.

Magritte painted the body of a naked blonde model, cut from the canvas the body's five choicest bits, surrounded them in gold frames, and reassembled the figure with blank spaces in between on a sheet of glass. His wife, Georgette, posed for a similar piece (of the same name even).

The artist's dealer in New York, Alexander Iolas, wanted to show this work in an exhibition at his gallery in 1948. Concerned that the painting would not pass inspection by U.S. Customs, he ordered Magritte to omit the pubic hair. Another artist from the Iolas gallery, Bernard Pfriem, restored the hair in his studio on Prince Street in New York.

My painting is visible images which conceal nothing; they evoke mystery and, indeed, when one sees one of my pictures, one asks oneself this simple question, 'What does that mean?'. It does not mean anything, because mystery means nothing either, it is unknowable. 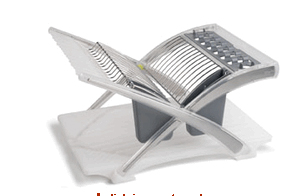 The Clean-Genuity DishRax from Chef'n is sleek, sturdy - and collapsible. The easy-to-load slots ensure plates stay upright and clips separate bowls so they drain better. Delicate stemware hang without worry in rubber prongs. Harry Slatkin has teamed up with Bath & Body Works to create a different kind of air freshener - sleek and sophisticated. The diffusers come in 22 aromas from Black Currant Vanilla to Fresh Linen. It sits closer to the wall than other plug-ins - and the diffuser is one of the longest lasting on the market at up to six weeks.

Can't get to a party for New Year's Eve? The cross-country party comes to you, courtesy of network and cable TV. USA TODAY's Cindy Clark rounds up a selection of celebrations.

On December 13, the alphabetical range purpress-quit shilling was added to the Oxford English Dictionary New Edition: every word in this range has been thoroughly revised and updated. Below are listed all the new words in the range. They also added a further list of new words from across the alphabet. 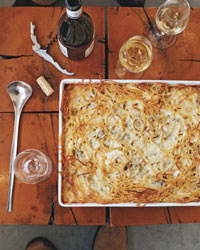 Preheat the oven to 350°. Lightly butter a 9-by-13-inch baking dish. Cook the spaghetti in a large pot of boiling salted water until al dente. Drain well and spread the spaghetti on a baking sheet; let cool.

Bake the spaghetti in the center of the oven until the top is golden brown, about 40 minutes. Let cool slightly before cutting into squares and serving.

[ via Food and Wine magazine ]

Well done! You have comleted a full y ear of life-changing instructions. By now you should be a completely different person.

Throw a party for the New You. 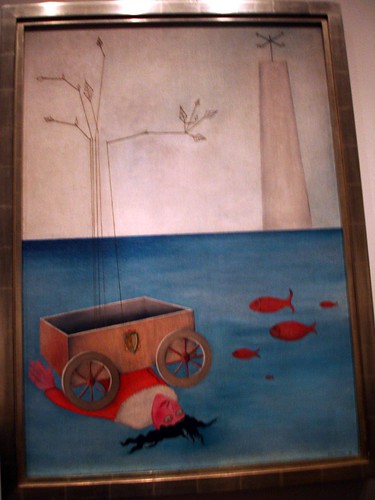 Raymond Georges Yves Tanguy, a surrealist painter, was born in France. By chance, he stumbled upon a painting by Giorgio de Chirico and was so deeply impressed he resolved to become a painter himself in spite of his complete lack of formal training. He gave his first solo exhibition in Paris in 1927.

He moved to New York with artist Kay Sage at the outbreak of World War II.

The painting above is an early and untitled narrative by the artist. The lines you see in the picture are pieces of string. 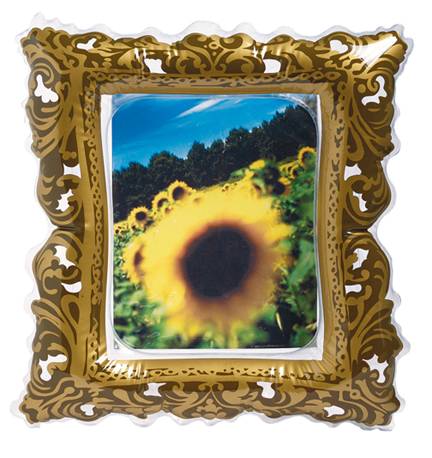 Instant Masterpiece is a gilded, old-masters-style picture frame that quickly inflates to make any art look great – just like all those dusty old gold frames in the world’s most famous museums! Made of clear vinyl with printed graphics, the Instant Masterpiece puffs up to 11” x 16” with a crystal clear pocket that holds an 8” x 10” picture. It even has tabs to hang either landscape or portrait.

Perfect for the bathroom or kitchen! ;) 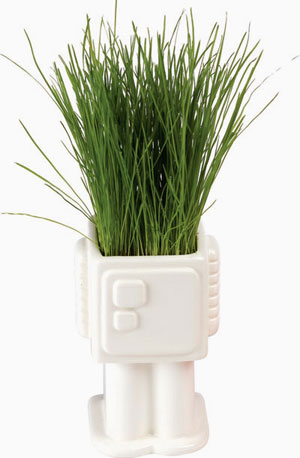 Unpack the i grobot from its little red box, place its body on its legs, fill it with the peat and seeds provided, water and watch i grobot come alive! Its grass-head can be cut and will grow again – just like a lawn. When the grass is finished growing, the planter can be replanted or used as a container for your office or home.