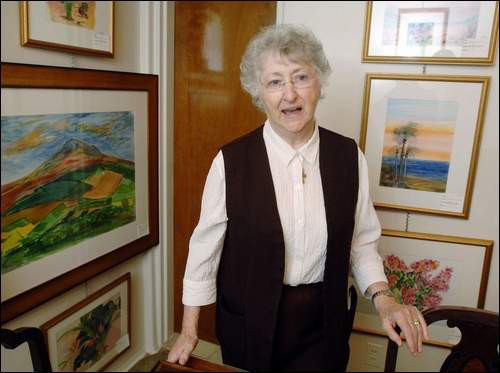 Sister Mary Muriel Ludden, a 70-year-old contemplative nun who has lived in the Carmelite monastery in Jackson since 1993, launched a solo exhibition at the Municipal Art Gallery in Jackson recently. The exhibit is her first solo art show.

"Every human being wants to extend themselves to others," she told Jean Gordon of The Clarion-Ledger. "That's part of being creative." Over the past decade, she has created more than 80 watercolors, paintings, drawings and photographs. She is primarily a landscape artist, but also dabbles in portraits and abstracts.

Proceeds from the sale of Ludden's art will benefit the Carmelite monastery on Terry Road.