« Song/Writing of the Day: Carriage | Main | In search of America's Ugliest Office » 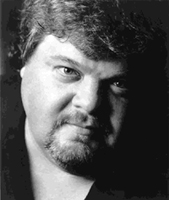 Craig Wiseman, a Hattiesburg native and an alumnus of the University of Southern Mississippi (my alma mater), is one of the four stars of GAC's new reality television show The Hitmen of Music Row, which airs at 7 and 10 p.m. Wednesdays.

He moved to Nashville in 1985 to pursue his dream of becoming a professional songwriter. Since then, he's written some of the biggest hits in country music, including two of my favorites, Tim McGraw's
"Live Like You Were Dying" and Keith Urban's "The Good Stuff" (which has always reminded me of my blog friend Gretchen Peter's "The Secret of Life" sung by Faith Hill).

He has written or co-written 15 No. 1 hits and has two CMA Song of the Year Awards and a Grammy Award under his belt.

Wiseman told Billy Watkins, my once blog friend and now real-life friend, that his favorite writing sessions are when the coffee gets cold because he's so mesmerized in the writing. "Those are the rare days. Those are the days I live for."