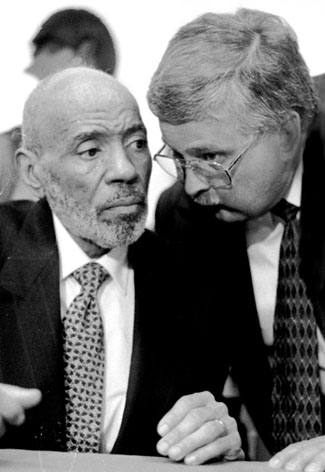 The University of Mississippi is releasing more than a dozen previously unpublished photographs of James Meredith on the 44th anniversary of his integration into the university. The photos were taken by Ed Meek, a student journalist at the time and later the university's director of public information for 37 years. The black-and-white photos show Meredith ina classroom at Peabody Hall on his first day of class on Oct. 2, 1962.

Meek agreed to release the photos as the university prepares for the dedication ceremony of a campus civil rights monument featuring a life-size bronze likeness of Meredith. Meredith said he has one of the photos hanging on his wall that Ed sent him in 1997, along with a letter.