And I've decided that this year I will be blogging from the female point of view. I love football. I don't understand why really - but I always have. I guess I always will. But I have many female friends who loathe it - with husbands who love it - so I'm trying to help this group.

First off, ladies, Mark Wahlberg is starring in Invincible at the end of August as a Philadelphia Eagles citizen player. Yes, it's a football movie. But...Mark Wahlberg, ladies. Get some extra points and suggest you go see the movie. Your guy will be so shocked that he won't figure out it's only because of Mark Wahlberg until halfway through (and it won't matter then anyway).

The Philadelphia Eagles have a road blog this season and a practice blog...check them out. Maybe learning some interesting tidbits about the players will help get you more interested. 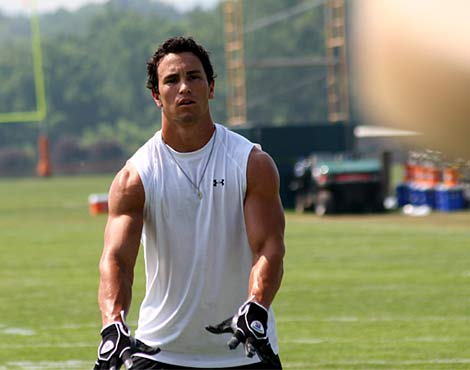 Other reasons to follow football...cute guys that your man doesn't care at all if you gawk at. In fact, he's flat-out appreciative. This is from the Philadelphia Eagles Photo Gallery. I don't know who he is but he's a Keanu Reeves look-alike. But he looks better. (See...football can be fun!) ;) 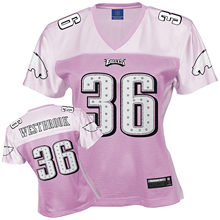 The Raiders are not blogging, but they are putting up Web site updates during the game (and all games, I guess.) They are posting a daily video for their fans, though, which is pretty cool. They have some cute women's fashions also.

Even the referees are more fashionable these days. This year, the classic referee uniform got a makeover. The pants of the referees are now black instead of the traditional white (for the slimming effect, I'm sure.) 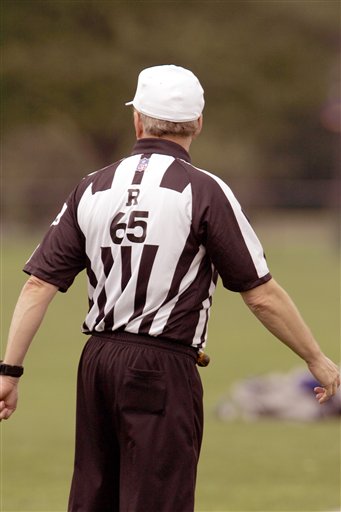 OK, ladies, we've had our fun, now we have to slip a real lesson in here at the end. Let's start with the basics. Football is played on a football field - a field we see all the time but most probably know nothing about.

First, those long stripes are at five-yard intervals. The shorter lines are called "hash marks." (Make sure to slip this in the conversation casually somehow during the next game. Prepare to impress.) The red section at the end of the field is called the end zone and is 10 yards - with the goal at the end of each end zone.

Mark your calendars...Sept. 7 is the official kick-off of the NFL season!

hi i really like that picture of the keanu lookalike i was wondering if he had anymore pictures and if you know the website that would be so helpful! it would help me acheive a good grade on my project, thank you for your funny and great article.