« Lucky for you, you have your apron on | Main | Opera tells saga of Margaret Garner »

Singing and Dancing Hobbits, Oh My! 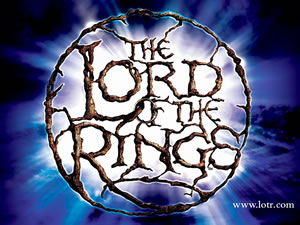 The Lord of the Rings, the first major stage adaptation of J.R.R. Tolkien's classic trilogy, will receive its World Premiere when it opens in Toronto in Spring 2006. This coincides with the 70th anniversary of J.R.R. Tolkien starting to write the trilogy and follows the 50th anniversary of the publication of the complete trilogy, The Fellowship of the Ring, The Two Towers and The Return of the King.

The $27 million production has book and lyrics by Shaun McKenna & Matthew Warchus and music by A.R. Rahman & Värttinä with Christopher Nightingale. The show will be directed by Matthew Warchus, with choreography by Peter Darling and set and costume design by Rob Howell.

Director Matthew Warchus says of the production, "We have not attempted to pull the novel towards the standard conventions of Musical Theatre, but rather to expand those conventions so that they will accommodate Tolkien's material. As a result, we will be presenting a hybrid of Text, Physical Theatre, Music and Spectacle never previously seen on this scale. To read the novel is to experience the events of Middle-earth in the mind's eye; to watch the films is to view Middle-earth as though through a giant window. Only in the theatre are we actually plunged into the events as they happen. The environment surrounds us. We participate. We are in Middle-earth."

The play will open at Toronto's Princess of Wales Theatre on March 23, 2006, following previews from February 2. Tickets are on sale to the public at www.lotr.com.

The London premiere is scheduled for fall of 2006.